Jokic wins MVP race
In past seasons, the top performers on social usually found themselves in the middle of the MVP race and would even promote their candidacy through it. Although he has no Twitter or Instagram account and posted 9 times this season on Facebook, Nikola Jokic won the 2021 NBA MVP. On those 9 posts, he earned 34.1K engagements on a 1.91% engagement rate and grew his following by 93%. Kawhi Leonard was also a Top-10 MVP candidate this season despite only having a Twitter account and no posts since 2015. Curry and Joel Embiid were the other two MVP finalists, and they rank 2nd and 28th in engagements respectively. Jokic is the first NBA player in the social media era to win MVP without finishing in the top 10 of league engagements since Derrick Rose in 2011. 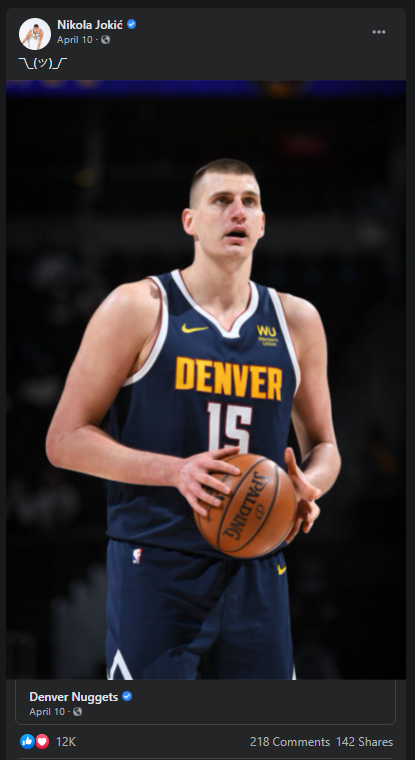 Below are the top 20 NBA players on social from this season, ranked by total engagements, engagement rate, growth, and growth rank:

Using the graphs below, you can view any NBA athlete to see how they performed on social this season, as well as viewing athletes by team.